The Private World of Mary Tripi

Welcome to The Private World of Mary Tripi, where style is never static. We believe in design that adapts in tandem with changes in fashion, mood and lifestyle demands—after all, hair and static are two words that should never go together, whether you’re talking trends or frustrating fly-aways.

Nestled in the heart of the trendsetting Yorkville neighbourhood, our award-winning full-service salon is dedicated to discovering each client’s unique story from which our talented team creates personalized styles that are both fashion-forward and easy to wear. An influential force in Toronto’s style scene for decades, Mary Tripi has become a renowned and trusted destination for both Canadian and international clientele. 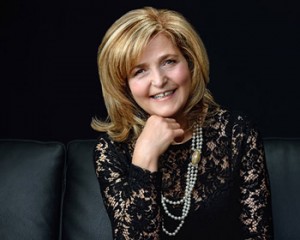 Born and raised in Greece, Mary Tripi began her study of hair design at the age of fourteen. Three years later, she arrived in Canada, bringing with her a unique vision forged from her European training and her personal creative energy. She launched her career in Toronto’s posh Forest Hill neighbourhood before opening her first midtown salon in 1962, and quickly made a name for herself as an innovator in hair design. Always challenging herself as an industry leader, she is inspired by her clients to constantly develop new creative approaches. Mary has been named to several prestigious associations, including the Guild of Hair Design and Style Directors Committee, and she was honoured to represent Canada at the Intercoiffure in Paris.

Nicholas Vrettakos grew up in the beauty industry. As the son of Mary Tripi, he spent many days as a young boy in her salon absorbing the creative energy and vision that have become the foundation for his own unique approach to hair. Nicholas had an eye for colour before he even learned the processes. The skills came naturally to him, the principles and theories translating effortlessly from his head to his hands. He worked with L’Oreal in Paris to study how the industry leaders develop and manufacture their top-quality colours and was one of the first colourists in Toronto to be certified as a specialist in L’Oreal’s innovative ammonia-free INOA hair colour treatment. Nicholas is also an international educator and platform artist for Crisace Hair Extensions. His most recent appointment came in April 2013 when he was named to Intercoiffure’s Hair Colour Council, presenting hair colour trends to top stylists worldwide. 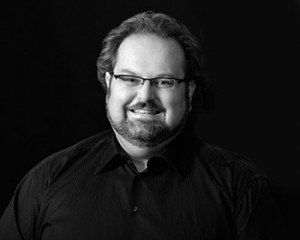 Beginning her career at age 18, Luciana Mancini has worked in every aspect of hair design. She was an instructor for several years, before working as a platform artist in both Canada and the U.S. An influential leader in the industry, she also worked as an examiner for the Industrial Training branch. For the past 30 years, Luciana has worked at The Private World of Mary Tripi, and has developed longstanding relationships with her clients due to her genuine personality, her imaginative approach and her careful attention to her clients’ wishes.

Trained in the style capital of the world, Monique Sanjare began working as a colour technician in Paris, where she learned techniques such as highlighting, tone-on-tone texturizing and multiple foil designs. After studying with industry leaders such as L’Oreal, Schwartzkopf and Goldwell, Monique moved to Canada where she now shares her passion for creative hair colour at The Private World of Mary Tripi.

Ferewoini was trained as a stylist in Rome, where she was immersed in the global trendsetting Italian fashion industry. After moving to Canada, she continued to hone her craft studying for several years before beginning her career at The Private World of Mary Tripi. Known for her collaborative approach, Ferewoini engages each client with an open mind, always attentive to what they want for their hair, and offering her expert advice on different styling techniques to transform their look.

Trained at George Brown College, Julia began her career as a stylist at The Private World of Mary Tripi and has been a devoted team player for more than twelve years. Bringing with her world-class techniques mastered during her schooling, Julia is never content to simply rest on her laurels. She continues to upgrade her skills constantly, studying directly under Mary. Julia strives to remain at the cutting edge of hair design, learning new techniques to bring the most current trends to her clients.

Mazie came to Canada from Jamaica as a young girl. She studied hair and began her career at The Private World of Mary Tripi, where she has worked for many years. Mazie is driven by her passion for hair design and strives to make her clients feel beautiful both inside and out.